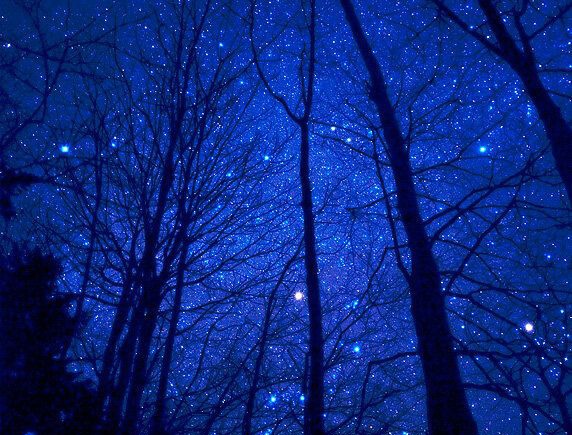 Hi everyone, and welcome to December. Your monthly horoscopes are now up! This month, I’m campaigning to notify people that now is a great time to start your New Year’s resolutions. It’s either that or wait until mid-February, or better yet, March 19th. Personally, I like to seize the moment, so I’m using the fiery energy this month to get things going. January has never been a great month for resolutions. As an astrologer, I celebrate the new year on the Vernal Equinox, which is the kickoff to the new astrological cycle. And doesn’t everything feel more fresh and new in the Spring anyway? For those readers who may be below the equator, the Autumnal Equinox can be a great time to plant the seeds for your desires. But January is really not the best time, no matter where you live, to start something new.

This year, we’ll be feeling even more resistance if we try to start our New Year’s resolutions on January 1st. Between January 5th and 25th, Mercury will be retrograde. During this cycle, we’re being called to address our past and wrap up unfinished business. It’s not advisable to sign contracts, make major purchases, commit to new relationships or try to establish routines around this time. In other words, don’t buy a gym membership January 1st and try to start exercising regularly. Do it now! Even if you sign up, go to the gym for a week and then stop, you’ll still be supported in starting up again in January because you’ll be re-committing to something you already started. Mercury retrograde has a “shadow” period of about two weeks on either side, so really the last week of December is not a prime time to get going either. Let’s say between now and Christmas is your best window of opportunity to start that diet, join the gym, write the first few pages of your novel, negotiate a contract, buy that big ticket item or whatever it is that you’ve set your heart on.

Ok, so here’s plan B for those folks who might not be as fired up as I am at the moment. Say you don’t get right on it right after reading this blog. (Although I hope I can motivate you!) I would then use January to finish up any “old business” that might be sucking your time or mental energy. This way you can clear the decks for a fresh start any time between February 8th (Aquarius New Moon) and April 3rd. March 19th is the Vernal Equinox in 2016, which is always a really powerful time to set intentions for the coming year. However, March could be dicey because we have two eclipses – a Solar Eclipse in Pisces on the 8th and a Lunar Eclipse in Libra on the 23rd. Eclipses stir up emotional energy and signal that it’s time for a change. This could be good timing to start something new for those who need a push. Personally, I’d rather initiate my intentions now when there’s a bit less drama in the air.

So why the April 3rd cut off? Well, this year we experience Mars retrograde (April 17 – June 29). This phenomenon occurs every two years and the effect can be like Mercury retrograde on steroids. Mars is the planet of action. During its retrograde phase, we’ll encounter resistance when we try to start something new. We’re more apt to butt heads with others since Mars retro wants us to re-evaluate our personal needs and desires. New commitments are more likely to fizzle out as we’ll be lacking the forward momentum usually felt when Mars is direct. Mars retro also has a shadow period. While it officially begins April 17th, I’d stay clear of new undertakings between April 3rd and July 15th just to be safe. Mars has a much longer retrograde cycle than Mercury. And just for the record, May 2016 will be the absolute worst month for new beginnings all year because both Mars and Mercury will be retrograde.

Our last Mars retrograde was in the spring of 2014. Think back to what types of resistance you may have faced when pursuing your goals around that time. I’m not trying to say that we should all crawl in a hole for the Spring. Retrograde cycles can be highly productive when you know how to work with them. That’s why I’m campaigning to start things NOW. If you can get the first steps, the first commitment and the first seeds planted, the beginning of 2016 can support your efforts to complete what’s been initiated at this time.

This month, we’re uniquely positioned to acknowledge what we’ve accomplished during 2015 and build on our past success. In this month’s horoscopes, I advise every sign to give themselves credit for past achievements. It’s easy to think about resolutions only in the context of what you don’t have or haven’t done. I’m encouraging you to recognize your work, accomplishments and capabilities. Don’t look for others to validate what you’ve done – your recognition is what matters. The time is now to make resolutions from a place of strength and self-confidence!

Looking for holiday gifts? Contact me about gift certificates. Readings for individuals and couples redeemable any time within a year from purchase!