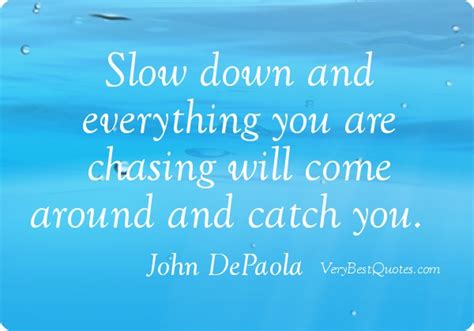 As June begins, events in my life have noticeably progressed in a matter of months. Yet, we were under influence of Mercury retrograde for much of March and April. It’s not that you can’t get things done during a retrograde, you just need to put your energy towards things that have already been started. And by “started,” I mean you’ve written your intentions for them and taken one small step such as telling someone else what you plan to do. Then, you can maximize the retrograde cycle energies and feel productive even when things feel slow, wonky, and out of synch.

Much of 2018’s astrological advice is based around creating a strategy for our more-than-normal inner planet retrogrades this year. We’re entering what I’m calling “Retrograde Season” which begins this month and lasts almost until the end of December. We had a great window of opportunity in May to state our intentions and take steps forwards. I hope everyone was able to do some of this last month. We’re technically in the shadow of Mars retrograde now, but I’ve decided to use the June 13th New Moon in Gemini as one last push to initiate new ideas.

We’ll see how it works for me, and I encourage you to do the same. Generally when a New Moon is in the shadow of an inner planet retrograde (Mercury, Mars, or Venus), it can take until after the retrograde period is over for your intentions to begin to unfold. Often these types of New Moons are best suited for letting go—eliminating what we don’t need in order to make room for what we’ve been trying to grow. Much like weeding a garden. But, I plan to sneak in a few new seeds, since we’re not officially inside Mars retrograde, which will begin June 26th and end August 27th. It will be the last New Moon for a while that isn’t within a retrograde cycle. Here’s how the next few months are unfolding:

The July 12th New Moon is a Solar Eclipse in Cancer. Very powerful for setting intentions. BUT, it will be during Mars retrograde and in the shadow of Mercury retrograde. Weed your garden!!! You can write down brand new intentions, but realize they could take until the next Eclipse pair in January 2019 to really gain traction. If you’ve started something already, it’s a great time to push it to the next phase.

The August 11th New Moon is a Solar Eclipse in Leo. Another super powerful New Moon for intention setting. AND, still during Mars and Mercury retrograde. Same advice as for July’s New Moon.

The September 9th New Moon is in Virgo. Great for work and health related intentions. The good news: Mars and Mercury will be direct. BUT, we’ll be in the shadow of Venus retrograde. Since Venus isn’t officially retrograde until October 5th, I say go for it with new intentions. Sneak in some seeds here!!

The October 8th New Moon is in Libra – all about partnership. And, we’ll be in a Venus retrograde cycle which is all about the past. Great time to reconnect, make peace, gain closure, and reevaluate your relationships. Not a great time to completely cut ties or jump into a new committed partnership.

The November 7th New Moon is in Scorpio – more partnership related themes, including sex, intimacy, and shared finance. We’ll be in Venus retrograde and the shadow of Mercury retrograde. Weed your garden! Pay your debts, collect what you owe.

The December 7th New Moon is in Sagittarius – the day after Mercury stations direct. We’re still technically in the shadow of Venus retrograde, but I’d say go ahead and get some new ideas going here and prep for big beginnings in 2019!

So, to be clear about Retrograde season, here are the official dates to keep in mind:

Hopefully this roadmap helps with your planning. Life always has some curveballs for us. It’s inevitable that some types of new beginnings will present themselves between now and the end of the year. But, knowing that slow and steady is the best way can help to make things flow more easily. Building on past efforts and releasing what’s no longer needed will be key.

Just because our July and August Eclipses are during retrograde season doesn’t mean they won’t affect some powerful changes. I’ll have more to say on that in the coming blog posts. Until then, think about what you can weed from your metaphorical garden to make room for new growth. If you’re used to a fast pace of life, as I am, experiment with some slower speeds. Learn how to be just as effective at 5 miles per hour as you are at 100. Who knows, slower may be better. Enjoy the experiment!

2 thoughts on “Heading into Retrograde Season”